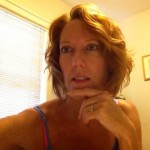 After working professionally as a contemporary art museum educator (1997-2001) and an academic art historian (2002-2006), I resigned my tenure-track position to work independently. I think it's relevant that my decision was based largely on a two-body academic problem (my partner's a scientist and was usually offered the higher paying academic jobs) and our desire to have kids. Since the birth of twins in 2007 and relocating to Washington DC in 2009, I have slowly returned to my career, focusing more on the pedagogical use of technology, development of on-line educational resources, and museum education consulting. And FWIW, I kick ass at Galaga.

Posts by Virginia B.


In conjunction with
CAA's Annual Conference